Long-awaited release of the latest movie!!
"ONE PIECE FILM"
Finally set to go!! 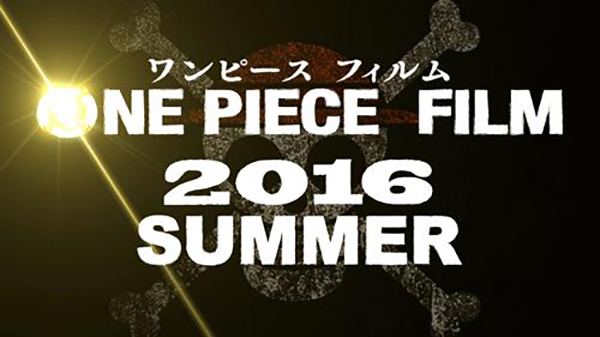 Toei Animation has started production of ONE PIECE FILM, the latest movie in the highly popular ONE PIECE series. The movie is set to be released in the summer of 2016.

Say tuned for future information on what the Straw Hat Crew has in store fo audiences in the latest installment of this adventure-filled movie series.

It is enormously popular among people of all ages in Japan and around the world. The TV animation series began airing in 1999.

The cumulative total number of copies printed of the original comic book series, which celebrates 17 years in Weekly Shonen Jump this year, has exceeded 320 million. There are currently 78 volumes sold in stores (as of July 2015).

On June 15, 2015, ONE PIECE was noted in the Guinness Book of Records as the comic book series written by the same author to have the most copies published (320,866,000 copies as of December 2014).  Even now, the series continues to gain momentum at an ever-increasing rate.