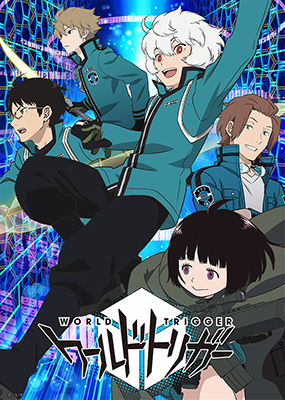 The popular animated TV show World Trigger is produced by Toei Animation. The previous 73-episode series originally aired from October 5, 2014 to April 3, 2016 and was adapted from Daisuke Ashihara’s popular science-fiction comic book World Trigger, which was also published in Weekly Shonen Jump and Jump Square (Shueisha). Since beginning on the pages of Weekly Shonen Jump, it has developed an enthusiastic fanbase and is still one of the most popular comics after moving to Jump Square.

★A message from Mr. Daisuke Ashihara, author of the original comic book

★Messages from voice actors and actresses

Of course, the major voice actors and actresses from the first series are with us again! They share their excitement for the new series.